Solid ground on your path to enlightenment

Becky Escamilla is a professional within the UFO field who has run a science-based business in Roswell and Dexter, New Mexico. Her knowledge and experience within the UFO field are phenomenal. She came onto the world stage as a result of a UFO sighting on March 5, 1994. This particular UFO flap led to Roswell, New Mexico, becoming known as the UFO Capital of the World. Becky has been able to help videographers and TV crews from around the world shoot a lot of footage of flying UFOs. Her uncanny ability to accurately pinpoint their flying and hovering paths is all thanks to telepathy. You can read her UFO videographer tips published at the UFO City Film Office Facebook page. While UFO City™ Studios is a science based business, Becky Escamilla is also owner of Cosmic Interplanetary Studios™, Inc., and Interplanetary Studios™ which are both scii-fi motion picture studios. 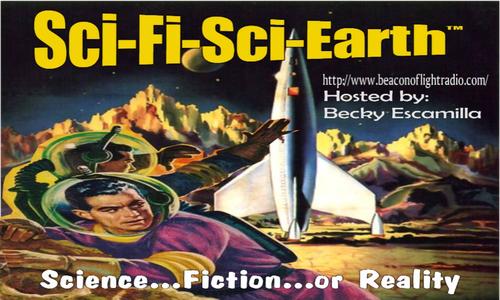