Solid ground on your path to enlightenment
Beacon of Light Radio

Elisa Lee started to recall her angelic experiences as young as two years old which guided her to honor insightful messages from her vivid dream recollections. As a true astral traveler combined with her love for mathematics she landed herself in the heart of Los Angeles studying art and visual communications. In between, she became a Certified Crystal Healer, a Dream Interpreter and an Angel Realm Intuitive. With thirteen years of spacial & spiritual design under her belt Elisa's creative visions began to flourish providing emotional healing and internal reflection not only for herself but for those exploring the positive dynamics of vulnerability. Today she is a published co creator for The Art of Allowing Cards: a 52 oracle card deck of daily positive affirmations. Elisa is driven by her children, love, and the deep desire to actively listen with her heart to guide those into the arena of cosmic connections. 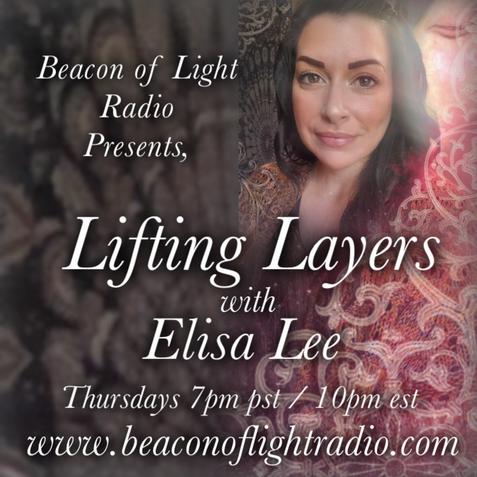 Listen to Lifting Layers Archives below: